Throughout December, all the staff at Holt Doctors were busy raising money for SMA Support UK with a number of festive competitions and activities.
SMA Support UK is an established charity that supports and empowers anyone affected by Spinal Muscular Atrophy. They are advocates for better services, raising public awareness and funding research related initiatives.
SMA Support UK is a charity that is very close to our hearts this year, and we are fundraising in memory of Amber Ivy Mills.

Amber was diagnosed with Spinal Muscular Atrophy (SMA) Type 1 when she was 2 months' old. This is a life limiting condition that affects the messages 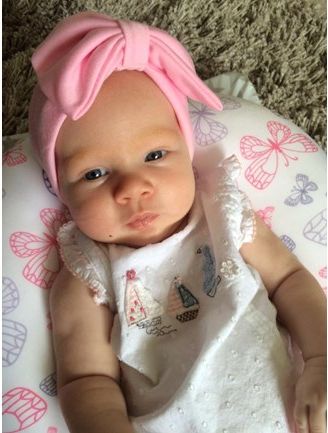 going towards muscles, impacting on crawling, walking, arm, hand and neck movement, plus breathing and swallowing.

During Amber's diagnosis, SMA Support UK offered invaluable support and even donated a specialist sensory toy pack to help make Amber's life more enjoyable. Amber sadly passed away at only 4 months old and SMA Support UK continues to support the family.
Now we are helping to give back by raising as much money as we possibly can for SMA Support UK!
Over December, we ran weekly Christmas conundrum competitions, and donated £1 to SMA Support UK for each person who entered. We also took part in various office competitions, such as Christmas Jumper Day for SMA, and our amazing Christmas desk competition!
We've spent January counting up every single entry, and collecting all those last minute donations and we are pleased to announce that we have raised £1000 in support of SMA Support UK. The money will go towards supporting families all over the UK who have been affected by SMA.
If you would like to make a donation of your own, and you can spare a little (or a lot!) to help other children like Amber, donations can be made via this JustGiving page.
Previous  post
Next  post