A new study has found that Alcohol is directly linked to being a cause of seven forms of cancer, and even people with low to moderate alcohol consumption are at risk.
The findings have been endorsed by health experts who believe ministers should initiate more education campaigns in order to tackle widespread public ignorance about how closely alcohol and cancer are connected. The study has also sparked renewed calls for regular drinkers to take alcohol-free days, and for alcohol to show warning labels on the packaging.

Fresh analysis of evidence accumulated over recent years implicates alcohol in the development of breast, colon, liver and other types of cancer.

The study, published in the scientific journal Addiction, concludes that there is more than simply a link or statistical association between alcohol and cancer that could be explained by something else. There is now enough credible evidence to say conclusively that drinking is a direct cause of the disease, according to Jennie Connor, of the preventive and social medicine department at Otago University in New Zealand.

Growing evidence suggested that alcohol was also likely to cause skin, prostate and pancreatic cancer, she added. Emphasising that a drinker’s risk increased in relation to the amount consumed, Connor said: “For all these, there is a dose-response relationship.”

Connor arrived at her conclusions after studying reviews undertaken over the past 10 years by the World Cancer Research Fund, the International Agency for Research on Cancer, the World Health Organisation’s cancer body, and other authoritative bodies.

“The highest risks are associated with the heaviest drinking but a considerable burden is experienced by drinkers with low to moderate consumption, due to the distribution of drinking in the population,” Connor said. Campaigns to reduce alcohol consumption should therefore try to encourage everyone to cut down, as targeting only heavy drinkers had “limited potential” to reduce alcohol-related cancer, she added.

In February Prof Dame Sally Davies, the chief medical officer for England caused a stir by warning women that drinking alcohol could cause breast cancer. She told a parliamentary hearing: “Do as I do when I reach for my glass of wine. Think: do I want the glass of wine or do I want to raise my own risk of breast cancer? I take a decision each time I have a glass.”

Davies played a key role in drawing up new government guidelines on safe drinking limits, published in January, which recommended that men reduce their maximum weekly intake of alcohol from 21 to 14 units, or seven pints of beer a week, which is the longstanding threshold that women are advised not to exceed. 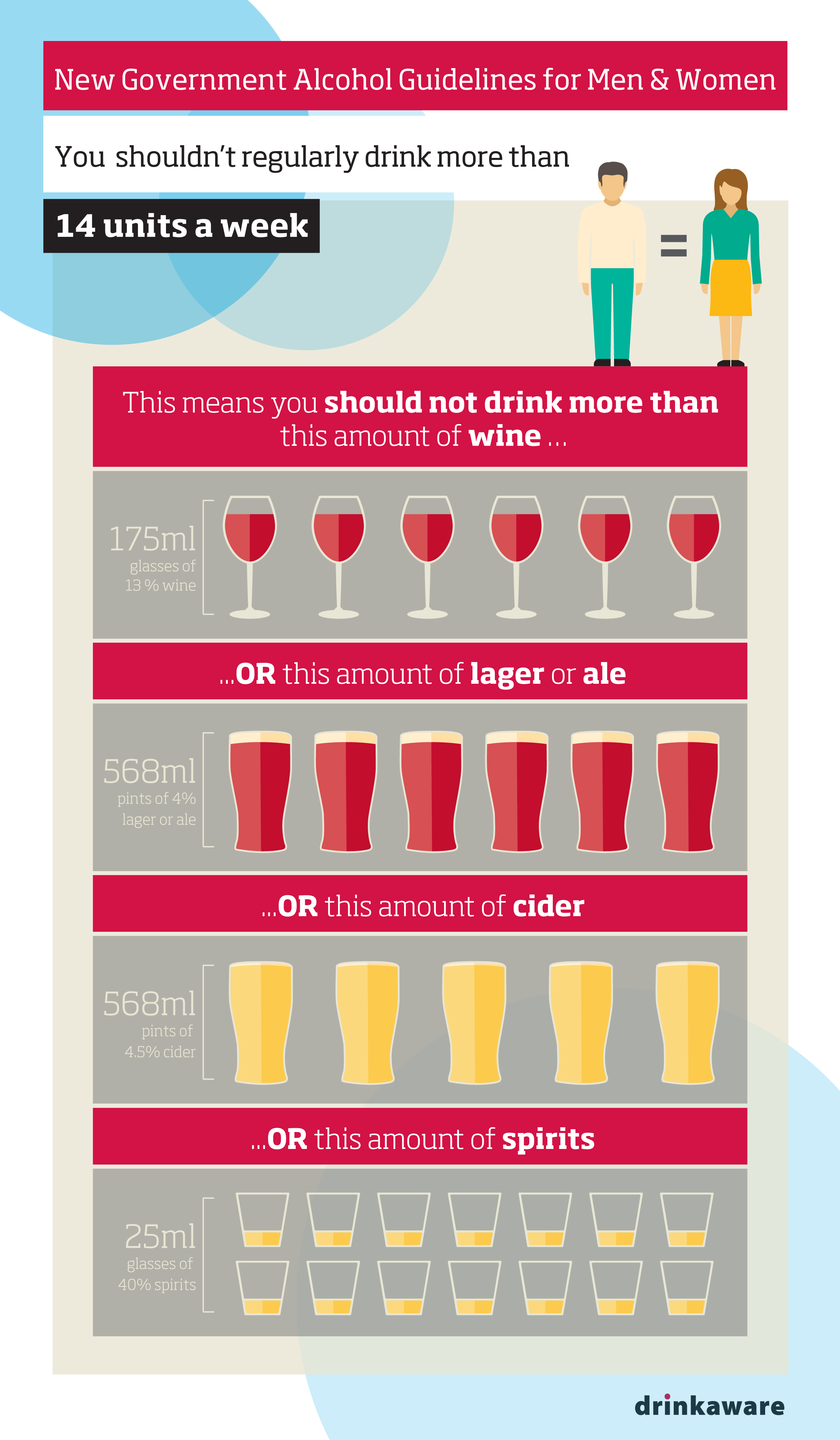 The growing evidence of alcohol’s role in causing cancer, underlined by a report by the UK Committee on Carcinogenicity, was a key reason behind Davies and her counterparts in Scotland, Wales and Northern Ireland issuing advice that some said was impractical and would be ignored. Sticking to the new guidelines would help keep drinkers’ risk of cancer low, the proponents said.

Dr Jana Witt, Cancer Research UK’s health information officer, said: “We know that nine in 10 people aren’t aware of the link between alcohol and cancer. And this review is a stark reminder that there’s strong evidence linking the two.”

A recent CRUK study found that when people were shown a list of different cancers, only one in five of them knew that breast cancer could be caused by drinking, compared to four out of five people who knew that alcohol could cause liver cancer.

“Having some alcohol-free days each week is a good way to cut down on the amount you’re drinking,” Witt said. “Also, try swapping every other alcoholic drink for a soft drink, choosing smaller servings or less alcoholic versions of drinks, and not keeping a stock of booze at home.”

Alan Boobis, professor of biochemical pharmacology at Imperial College London, said the science showing alcohol’s role in cancer was well established. “The main difficulty is communicating effectively with the public,” he said.

Connor’s study also found that people who smoke and drink are at even greater risk of developing cancer.

More positively, there was some evidence that drinkers who gave up alcohol could reverse their risk of laryngeal, pharyngeal and liver cancer, and that their risk reduced the longer they avoided alcohol, Connor’s research found.

People drinking more than the recommended limits should cut down in order to safeguard their future health, she added.
Previous  post
Next  post